When British Prime Minister Theresa May announced on April that a snap election procedure would take place on June 8 in order to vote for a government that will take up the role of  the Brexit negotiations, nobody could have possibly predicted that the Conservative party would actually shrink instead of growing in size thus losing  the necessary parliamentary seats to form an independent government without the support of another party.

However in Theresa May’s case “the apple fell far from the tree” in what could be considered as a win-lose situation for herself and the Conservative party. On the one hand she is in negotiations to form a coalition government with the most likely partner at the moment being the DUP (Democratic Unionist Party), but on the other hand some of her party’s MPs have lost their seats which, combined with the general result in the election, shows that Theresa May didn’t manage to achieve her goals.

With these hugely devastating results, her expectation to command an overwhelming parliamentary majority has failed to come to fruition casting doubts over the manner in which she has chosen to conduct herself so far. Of course, the uncertainty of the results is already having a substantial effect on the UK’s economic and political stability but let us not forget the main reason these elections were called in the first place, being no other than the handling of the Brexit negotiations which will eventually lead the UK outside of the European Union either in a “soft” and possibly more acceptable way or through a “hard” Brexit which could in terms leave the UK excommunicated with fellow European states.

But what are the main reasons that led to these terrible - for some - results? Let’s see them below:

1) The first reason could be considered the British people, who while having voted  at first in favor of ‘Bremain’ and generally having supported the ConservativeParty decided to now vote against Theresa May mostly because her policy towards the EU negotiations seemed like it favored  a rather  “hard’’ Brexit which as I pointed out earlier would mean the cutting of all the connections with the European Union. Ms. May recently said in an interview that she called the snap election to secure a sufficient majority for her Brexit negotiations while the UKIP supports a "clean, quick and efficient Brexit" and launching his party's election campaign, Paul Nuttall stated that Brexit is a "job half done" and UKIP MP’s are needed to "see this through to the end"

2) Secondly, another reason was the failure of the current government to prevent the recent destructive and extreme growth of terrorist attacks from members of ISIS or similar radicalized Islamistic groups. These attacks cost the British economy way too much but more importantly led to dramatic amount of civilian casualties. That was in my opinion one of the big reasons that turned many people away from voting the Conservative Party and into choosing something different than usual evidently costs many parliamentary seats for Ms.May’s political Party.

3) Last but not least, the final reason was the recent austerity measures that managed in a rather short period of time to drive the economically “Middle” class citizens of the UK to a huge loss of money, resources and privileges. These political decisions changed some of the standards in the country and as a result, the loss of huge amounts of money ultimately raised up the total cost of living within the United Kingdom producing many sentiments of anger and disapproval for the Conservatives.

So Brexit will, after all, be a huge expense to the British people. Naturally, Theresa May will attempt to ensure the Conservative Party maintain their position as the governing party with her at its helm to negotiate Brexit. However, dwindling support both nationally and in her own party ranks (her closest advisors, Nick Timothy and Fiona Hill in particular, being pushed out and former Chancellor of the Exchequer, George Osborne, referring to her as a “dead woman walking”) coupled with the rejuvenated opposition party means May will struggle to command authority as she had done prior to the election. This empowerment of Conservative ‘Bremainers’ leaves her in a precarious position whereby another general election will loom constantly over the next parliament, while calls for a referendum on any Bexit deal will undoubtedly continue to grow on the backbenches. 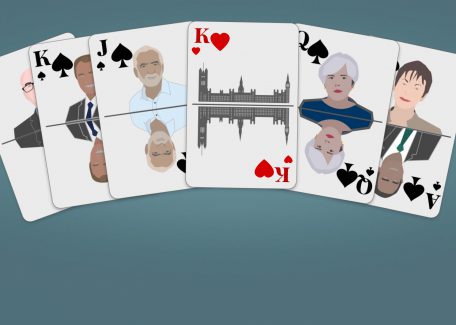 Understanding the nation-state
The nation-state is a complex governance structure with a long cultural and historical process of interactions between people, territory and political power. A distinction should be made …

Athanasios Vasilopoulos Athanasios is a writer for OneEurope read more