Everything tagged with russia Eurasian Economic Union; a European or an Asian Union?

A rival or a possible partner of the EU? A look at Russia's most inspiring female ballerinas and ice-skaters

Russia is holding today a major military parade in the center of Moscow, which marks the 70th anniversary of the defeat of Nazi Germany in World War II

The quest for an alternative mind-set: Putin and the Eurasian way of life

Speaking about mind-sets and how they create our identity

Who could ever conspire in helping all of the Universe?

Who should be in charge of the international legislation concerning the actions that take place in outer space? 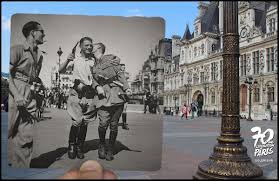 Is Greece Going to Be a Russian Trojan Horse?

Russia has threatened to suspend its work in Council of Europe

Russia seems to have no regrets about its Soviet past

An overview of the challenges which emerged in 2014 and Europe's response in 2015.

Do you feel safe in your country?